Ten Things They Should Teach You About Video in High School but Probably Don’t.

I got back yesterday from the Student Television Network conference in Dallas.  Two thousand teenagers (and their teachers) immersing themselves in four days of video production, workshops and speeches.  Great group, great energy.  And some really great videos.

Yeah, it got a little loud, but what do you expect?

This is for those of you who weren’t there:

1. Video is a Language, and most of us are illiterate. Shots have meaning.  Which is why, for example, you get tense in a horror movie just before the monster jumps out.  Like any language, video requires practice to learn.  Just because you understand it doesn’t mean you can speak it fluently.

2. It’s not your equipment.  It’s your brain.  You don’t need the latest gadgets.  You can shoot a technically brilliant feature film on your iPhone.  But whether anyone will watch it or not is a whole ‘nother question that has nothing to do with machines and everything to do with how you think.

3. Entertain or die.  Nobody watches bad video.  Nobody.  Bad video is like the proverbial tree falling in the forest.  The only sound it makes is its creator whining that nobody watched their video.

4. Learn the basics:  There’s 100 years+ of thinking about film that others have done for you.  Watch movies, read about it, and practice.  If you don’t know the basics, then you can’t…. 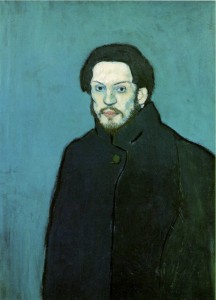 5. Break the rules. Picasso learned how to draw like a renaissance master before he invented cubism. You’ll do a better job breaking the “rules” if you learn them first. But don’t forget to break the rules—that’s how artists invent

6. “Viral” is not a kind of video.  It’s a response to a video by an audience who so love it they want to share it with all their friends, right away.  In other words, it’s a hit.  And it’s just as hard to make as a hit movie, a hit song, or a hit TV show.  Focus on doing great work, not views on Youtube.

7. Video is best at motion and emotion.  Facts and figures have no place in video unless they are organically, sparingly, and excitingly incorporated into a moving, emotional ride for the audience.

8. Video is collaborative.  Almost nobody makes video alone. To direct is to lead a team.  To write is to communicate a vision to a team.  To produce is to build a team.  To act is to be part of a  team. The better you are at finding your place in a team, the better your video production experience will be.

9.  Be fierce about quality.  If they can’t see someone clearly or hear what they’re saying, the audience will tune out of your video.  If a shot sucks, do it again.  If you can’t get it to not suck, cut it.

10.  The best way to get good at video is to do it.  Go shoot.  No excuses.  You have a phone or a digital still camera or the parents’ old VHS.  They all shoot video just fine.  Some kind of editing software came free on your computer (or your parents or the one at school.)  Go play.

How to Shoot Video that Doesn’t Suck is being used as a textbook in High Schools and Colleges all over the country. Ordering in bulk?  Click here.