How to Shoot Kids and Animals 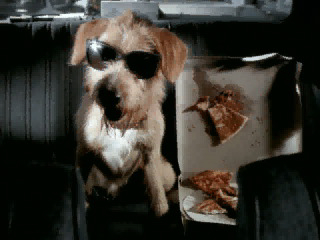 You can work with animals and kids as long as you know what to expect.

“Never work with kids or animals” goes the old showbiz saying.  And it makes sense.  It’s nearly impossible to get exactly what you want—and when you do, the cute kid or animal will get all the credit for being adorable.  You’ll get none for capturing it.

Yet we do it, because people love watching them. Keyboard cats and babies singing Beyonce kill on video.

The question is, how do you get video of them that isn’t awful?

Follow these tips and you’ve just increased the odds (All these rules work for both kids AND animals, btw.)

Here’s how to shoot kids and animals:

1)  Never ask them to do something they can’t.  It will  annoy them, and drive you absolutely nuts.  I tried once to get a cat to sit still while two guys on a crane flew over it pointing a camera.  Impossible.  The cat freaked out every time.  We changed the shot.

2)  Be the most exciting thing in the room.  Kids and animals focus on whatever’s exciting.  Why won’t your three year old look at you when you ask him to?  Because he’s in a roomful of presents and candles and balloons and cake and relatives.  Now if you were holding one of the presents and offering it, he might look at the camera.

3)  Treats work.  Don’t try to get a dog to do something cute right after you feed him.  Instead, pull out the treats and camera just before suppertime.  Want your dog to look alert?  Wave around a piece of baloney.  Last I checked, kids cooperate for candy, pastries or extra time with video games.

4) Explain what you want:  Kids understand more than you think, and if they like you, they’ll try to do it.  Animals don’t speak English, but while you’re explaining things to them, you’ll realize how stupid you were to expect that they’d actually do it in the first place (see tip #1).

5) Both tire fast:  Kids and animals have short attention spans.  Even the most adorable subject will get pissed off if you try to get them to do something even one more time than they want to.  And watch out—kids bite.  Schedule your shoot for when they’ve just woken up, not just before nap time. And watch for signs of fatigue.  If you stop early, they’ll be more cooperative next time.