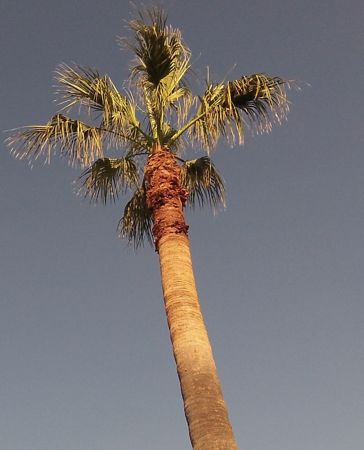 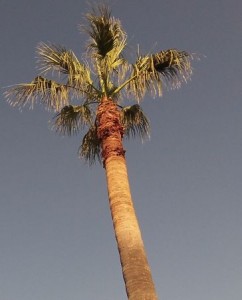 When I was a kid, the Armbrusters had a slide projector.  Which meant that after every vacation they took, we’d troop dutifully to their house for endless carousels of badly-shot Kodachrome slides, narrated  live.  The slide show always seemed longer than the vacation itself.  Washed-out, badly composed views of Disneyland or Paris—dotted here and there with the back of the head of someone we knew.

Today technology has changed everything.  People can record hours of vacation video on a single chip. But they don’t trap you in their living rooms anymore. Instead they find you at work, at parties, on the train or a zoom call.

Who would do such a thing?  Anyone with a smartphone.  We have met the Armbrusters and they are us.

Luckily for the bore-ees, technology is also a good defense.  Today if the video’s bad, we watch 10 seconds and click off to “Family Guy.”  Then we lie to each other’s faces about how good the video was.

Oh, wait– you actually WANT people to watch your vacation video?  No problem.  Start by shooting vacation video that’s entertaining.  It’s not hard.  All you need is a little bit of thought ahead of time and the awareness that– whether it’s you, your kids or your friends– your video just may have an audience.

Here’s how to shoot vacation video that won’t bore people to death:

1)  Shoot Short Shots: A shot is like a sentence—it has a noun and a verb.  Together the noun and verb are what keep the “move” in “movies.”

On your backpacking trip a random video clip of “Bob” is not a shot.  “Bob picks up his pack” is a shot.  “Bob hikes down the trail” is a shot.  To keep your shots short, stop shooting when the action is complete.  “Bob hikes down the trail” is interesting for about 5 seconds unless Bob falls off a cliff.  So once you’ve got the action covered, be done.  We don’t need to see Bob’s back for another 30 seconds as he heads off into the distance. [more on short shots]

2)  Shoot People, Not Scenery: Think about why you’re shooting vacation video in the first place—to remember.

“But the scenery’s so beautiful” you say.  It is–  in person.  Video of the Grand Canyon looks great in Imax, pretty good on your 60” flat screen, and like tiny blurry garbage on your iPhone.  Unless you’re shooting Imax, best not to dwell.

Frame a great shot of the kids looking over the railing and that stunning canyon vista will look great too—in the background, where it belongs.

3)  Find the Story: Instead of random shots of the family posing on a boat, find the story of everyone getting together and taking your parents on a cruise. Have your camera ready when you surprise them with the tickets.  Interview your brother, who hates cruises but is coming anyway, armed with Dramamine and wrist-bands because he loves his parents.  Shoot your dad tearing up as he gives a speech to the group at your first big dinner on board

What’s different about your vacation?  Is it the family’s first time out of the country?  Your daughter’s first plane flight?  The Disney vacation you’ve been saving up for for 5 years?  Think before you shoot.  Tell that story.

4) Interview the Family:  Video captures not just what we look like, but how we think.  Which is perfect for that embarrassing wedding video 20 years from now. Don’t just interview the kids. Interview your spouse, your parents, strangers you meet on the trip.  It’s a great way to capture the emotion of a moment in time.

Your five-year-old will never be 5 again. Ask her open-ended questions about what’s going on.  Let her show you, explain to you, sing to you.

5)  Shoot sparingly. If you shoot just 2 ten-second shots  in each of 8 touring hours a day, that’s almost 3 minutes of footage a day.  A week-long vacation is pushing an Armbrusturian 20 minutes—longer than anyone, including you, will actually watch.  Practice being selective.  Sure you can edit later, but will you?  And even if you do, the shorter and better your footage when you start, the less work it is.

Do you have questions about shooting video?  Of course you do.  Click here and ask them!