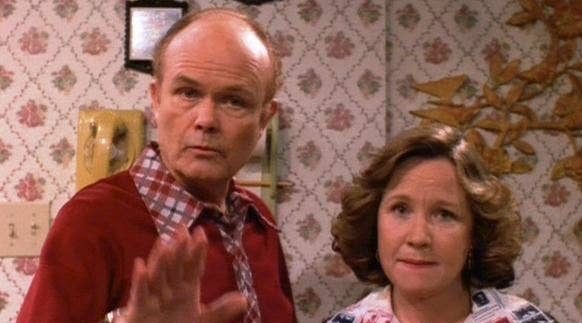 I Want a Film Career. My Parents say No.

I’m 18 and second year in junior college. I live in a town where there aren’t many opportunities for indie filmmaking or related jobs. I am financially dependent on my parents and they think filmmaking is pie in the sky, and they discourage it. I’ve written short stories and scripts for years, and dreamed of being a director and screenwriter. Recently, I also started branching into cinematography, video editing and color grading.

Are my parents right? Where do I start?

It’s certainly fine to take your parents’ advice and choose the “safe” career path. But if you do want to go into film, writing and practicing your craft at 18 is a terrific start. To become a director or screenwriter, keep doing that. Grow your skills, explore things you want to work on, and produce lots of stuff and you too can be a professional filmmaker– it’s pretty much how all of us got started.

You don’t need a film degree (or any degree, for that matter) to get jobs in film. If you have talent and good work to show, you learn as you work and practice your craft. And film jobs are everywhere these days. In every city in the world– even yours, somebody is shooting student films, wedding videos, YouTube or TikTok content, web commercials for small businesses, real-estate home showings and more.

But to find that work, you may need to go beyond your personal comfort zone. You’re going to have to come out– as an artist. You will need to confess to the world that you want to do film. Coming out as a fledgeling filmmaker is scary. Your friends may think you’re overstepping. Your parents may think it’s too risky. You may feel stupid confessing to so lofty a goal. I mean, who are YOU to do film? But that’s an outmoded way of looking at the world. Video is everywhere. TV, film and video games are a $300 BILLION business– there are plenty of people who have real jobs doing it. The idea that you should be an accountant because it’s somehow “safer” is ridiculous. PS: Lots of accountants in the film biz.

Your first step to becoming a filmmaker is to decide to do it. Your second step? Tell everyone you know that you’re doing it. It seems scary, but remember what you do when someone asks you for help. You help them. Everyone loves to help, to give advice and make connections between people they like. But they can’t do that unless they know what you want. So tell them.

You tell them because someone you know knows someone who can help you. Tell your fellow students that you’re looking for films to work on, and see who raises their hands. Visit local theater companies, college film depts, even if you don’t go to school there. Look on-line for local production companies or wedding videographers and tell them you want a job as a Production Assistant.

While you’re meeting people and sharing your dreams and asking for help, do things on your own. Declare your screenwriting interest by finding on-line courses or local writing groups. Or friends at school who write creatively and will trade notes with you. Your phone does more tricks than Cecil B. DeMille (look him up) could with a crew of 200. Write your own movie or short scene and shoot it on your phone. When you’re done, do another one. Repeat.

Make it a habit of meeting people, working for others, learning and doing your own creative work and you will grow into a filmmaker.

The hard part about all this is, as you might expect, will be coming out to your parents as an artist. They may have trouble accepting that- many do. Hopefully you’ll win them over with your short or screenplay. If not, you have a tough choice to make– disappoint your parents for a bit, or give up your dream. Here’s a hint: you won’t become a screenwriter or director if you don’t try. And if they see you’re serious and thoughtful about becoming a filmmaker, you may get more support than you expect.