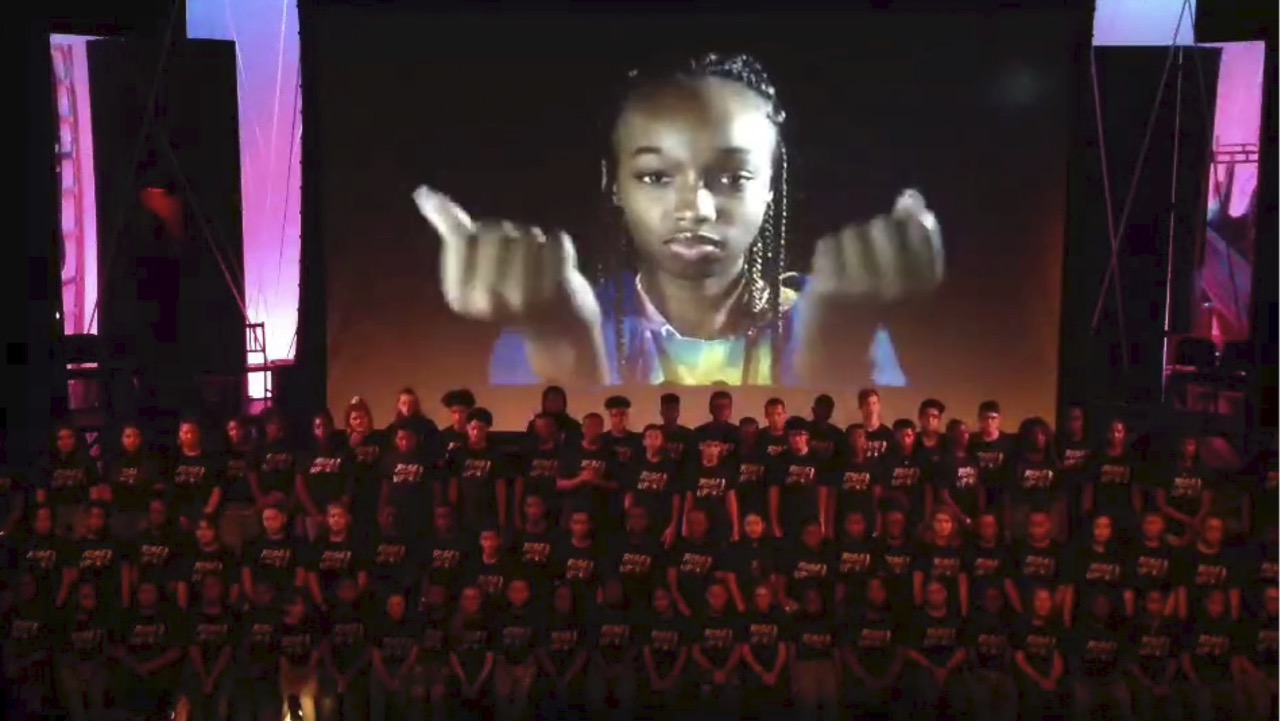 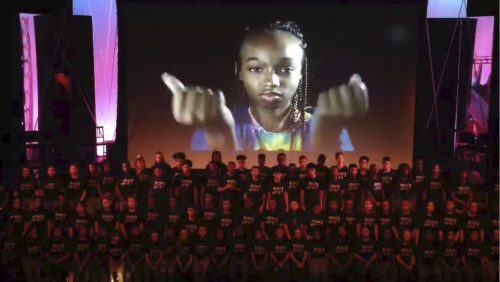 I do a lot of speaking and consulting on video, but by far the most rewarding is teaching I’ve done almost every year since 2000 at Summer Stars Camp for the Performing Arts. This is the camp’s 20th Anniversary and I’ve managed to attend 17 sessions, teaching music video classes to 12-17 year-old disadvantaged kids from New York and Boston who pay nothing to attend. Much of my book comes out of my work teaching those kids.

(I’m also on the camp board, so now must suggest that you donate at www.summerstars.org)

The first step in creating a music video: immersing yourself in the music. We started our first class meeting by listening to the song we were going to shoot– the pop masterpiece “Don’t Give Up” by Andy Grammer, from the angsty teen-romance movie Five Feet Apart.  Our goal was to have students create an original piece, re-interpreting the song in a way that had nothing to do with the movie or Grammer’s video. In class, campers listened, then talked about what the song felt like to them: “Yearning” “defiance” “I’m not going to stop” “I’m coming for you.”

Since you can’t film an emotion, we discussed how we might shoot images that we hope will make people feel emotions. We played the song again, and talked about what images came to mind.

A 14-year-old boy from New York raised his hand. “It made me think of my Grandfather, and how he was deported last month.” This is so far out of my personal experience that I would never have come up with it, but the class felt it, and that’s the image we started with to develop our video. The kids not only suggested the theme, they crewed the video and performed in it.

We shot and edited the video from Tuesday to Saturday– 4 1/2 days. In the real world, I would have quoted a job like this as a couple weeks of prep, 2 12-hour shoot days (we shot it in 7 hours) plus a 3 week edit (our edit: 3 days.) Dp/editor Wes Diaz, our only other professional crew member, delivered it to the projection booth for the Saturday show with 20 minutes to curtain.

During the show, the entire camp sings a choral arrangement of “Don’t Give Up” live (arr. by Rob Goldman, who’s a genius at this sort of thing.) The video plays above them, on-screen in perfect sync. The audio you hear was recorded live during that performance.

Once again I learned so much from teaching.

Technical note: The video was performed and edited (as most music videos are) to a click-track– a rough audio track laid down for timing. During the shoot, the kids sang to the click track so their sync would be perfect. The editor edited to it. In our live performance, the click track played in the ears of the conductor and the band’s rhythm section as a tempo reference while they played live. So the band synced to the track,  the kids sang in sync to the band, which kept them in sync to the video, which was also synced to the track. You might call this “the transitive property of performance sync.” Make sense?

This is a fairly simple live performance trick, but the effect of 125 kids singing live in perfect sync to the performers and action in the video on a screen above them is amazing to watch. You can see the live performance with the singers in the picture here at minute 33:40.